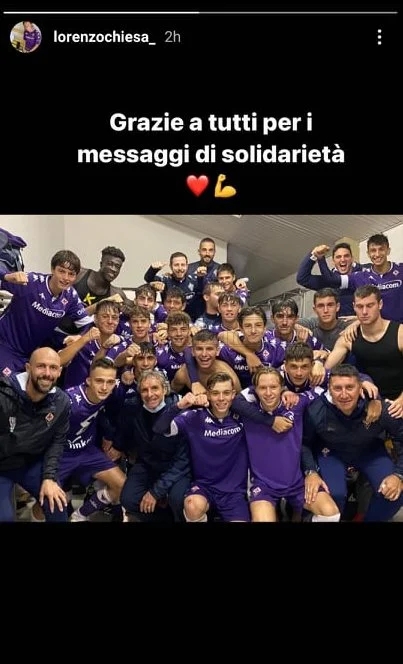 He showed himself a photo with his teammates on his personal homepage. Last weekend, the Fiorentina U17 youth team defeated Crotone 3-0. He didn't play, it was Lorenzo Gori (2 goals) and Amatucci.